There was a shooting on Antelope Street in Belize City on Tuesday night. Two persons were injured and fortunately for them, it did not turn out to be fatal. One was at home with his family when he came under fire and the other was riding his bicycle when he was met by the gunfire coming from two men who were driving by on motorcycles. There are no arrests so far and the motive is under investigation. Here is News Five’s Isani Cayetano with a report.

A thirty-five-year-old resident of Antelope Street is lucky to have escaped grave injuries on Tuesday night when he was struck by a bullet inside his home.  Jason Rivers, according to his grandmother, was with his family on the second floor of their abode when someone came looking for him. 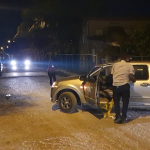 “I understand that dehn mi upstairs di sleep, he and ih gial and ih two children upstairs, thank God, and somebody come and call ahn.  Ih come downstairs but eena di house, inside di house ih still deh when somebody fire shot through di window or somewhere and then he get shot eena ih leg and one ah di neighbor ker ahn da doctor ah hyah.  That’s all I know.”

Also injured during the gunfire was twenty-four-year-old Raheem Vasquez.  Police say he was riding a bicycle along Antelope Street when was fired upon.  Vasquez, who lives in the Gungulung area, was shot in the arm. 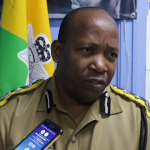 Rivers’ grandmother who lives a short distance away admits that she was not aware of the incident until someone came by to inform her that he had been injured moments earlier. 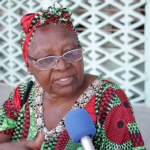 “I just hyah ih get shot and ih gaan da di hospital, so I gaan da di hospital and I sih ahn ih leg, but dehn seh di shot gaan through one part and ih come out.  So I said thank God for that because it could have been worse, you know.  That’s why ih good fu parents cover dehn children with God.  Then the mother is not here.”

A preliminary investigation into the incident indicates that the crime was committed by a pair of men on a motorcycle.  Commissioner of Police Chester Williams shares more details. 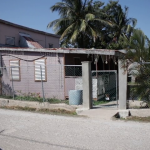 “Two persons on a motorcycle passed by while he was speaking to somebody and fired shots, causing the injury to him.”

“Any motive as yet?”

“Have the investigators been able to speak with the victims?” 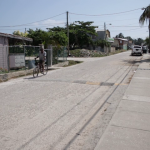 In describing her grandson, Adela Straughn told News Five that Rivers, who also goes by the rap alias “357”, is not someone known to have enemies within the area. 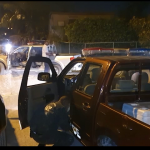 “Is it perhaps the area, because that part of Antelope Street seems a bit rough?”

ComPol Williams is also on record stating that Rivers is not known to be involved in any gang activity. Reporting for News Five, I am Isani Cayetano.

Family of 5 injured in traffic accident transported to KHMH