What’s Up with the Succotz Cancha?

What’s Up with the Succotz Cancha?

The Succotz Cancha has fallen to ruins. Residents say that for past twelve to fifteen years the once popular, public venue in the village has been abandoned. They report that the derelict building poses a hazard to the community. They say that its maintenance is the responsibility of the Village Council but for years the residents’ cries for something to be done have fallen on deaf ears. Succotz residents called News Five to see the deplorable state of the condemned building. Here’s the story. 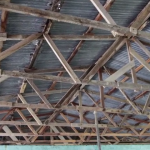 This old, dilapidated structure is a shadow of what it was once. Today, there are crumbling columns; cracked walls; wrecked restrooms; rusty, mangled grills; garbage on the floor and a rotting roof are just some of the obvious signs of neglect. But if you look closer, you’ll see that this place was once an important part of its community. The faded flags painted on the wall; a two wooden tables aside; the bare maypole, albeit old and rusty, are still standing tall. This is the San Jose Succotz Cancha, or what’s left of it. For the past twelve years or so, the once popular spot in the village has been abandoned. 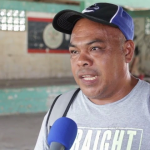 “This building falls under the responsibility of the chairman of the village who is supposed to dialogue with the government for maintenance, for either changing of zinc or to fix it.”

“Why do you think it has reached this point and been neglected for so long?” 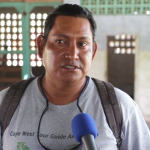 “Our minister that was elected in office did promise that he was going to make this Cancha over again, a promise that has gone in the air. For fifteen years, no progress. What we have gotten from our minister, I can say, is nothing; very little, very little. The Cancha, as you can see, is in very critical and bad condition.”

The Cancha is situated in the heart of the village. It has been here for more than forty-years. Many of the residents grew up attending functions of this concrete structure. From pageants to weddings, to political rallies to village fiestas and workshops have been held under this roof. But about twelve to fifteen years or so go, all of that stopped. The Cancha was more than just a venue for public events. It was a place where residents came together. A place where they nurtured shared and displayed their culture and a place where they shaped the identity of their community.  So, for those who grew up here, to see the condition of this important piece of this community is a painful reminder of what it once stood for. 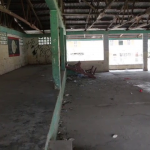 “This building is a building that we used in the community for many purposes; meetings, band practices, and other community activities, like quinceaños or weddings; as well as the annual fiesta, which for the past fifteen years have been moved to the football field and then people are complaining because on the day of the fiesta we can’t have football marathon. This building was very useful to the people. It helps us a lot, many things are done here up to cultural presentations which we cannot do anymore.”

“So, now you no longer have these public events, where you can listen to your marimba music and see cultural presentations – those have pretty much disappeared, unless you go to a school, but for the wider public you don’t get to see it?” 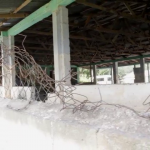 “As a resident of this village, how much does it pain you to see the Cancha fall to ruins?”

“Oh! All the way to the bottom of my heart. This is terrible. I didn’t expect this to be like this.”

The multi-purpose building is now an eye-sore in the village. It’s no longer being used. And today it presents some serious hazards to the community.

“It is a pity to have something like this in our own village. This is basically at the edge of collapse. If you look at the roof, it is terrible. The zincs are being torn off by the small winds. It is no longer a safe spot. In the night time, before, they had all electricity inside and today there are no wires.  The neighbours are really concerned because at night this is a dark space and school children would come around this area to play but the roof itself will tell you how dangerous is and if they come here and play and this collapses, it will definitely be a tragedy.”

The community center, they say, is being shared by a school and the village council. So, now the village doesn’t have a proper venue to host public events anymore.  And residents want this condemned building to be demolished and for the responsible authorities to address this problem. 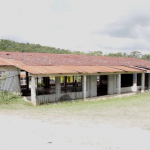 “This building should be demolished and reconstructed to have a better facility so that it benefits youth and children coming up. We once used to do functions for the school that we can’t do anymore.  We can do this. The community would be willing to help if the present representative and the village councilors come up with an idea to work this out.”

“As you can see it is very close to the police station, although it is near to the station, the station is bright and beautiful; recently done. But, what about our Cancha?”

Opinion: Is it fair to compare Trump with Chavez?