The case involving two cops and two Mexican nationals accused of landing a drug plane in the Orange Walk District crumbled today in the Orange Walk Court. David Chi, Norman Anthony, Eli Figueroa Nunez and Azarias Manzano were all charged after a drug plane loaded with cocaine landed in Tres Leguas in September 2018.  Today, the court accepted a no-case submission and the men were released. Of note is that it is one of the very few times that police have actually been able to seize drugs and make arrests in the escalating number of drug plane landings, but the case fell apart. Here is News Five’s Dune Moody with a report. 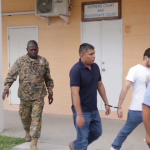 Former Orange Walk Police Commander David Chi and his co-accused are freed after the court dismisses charges against them for carrying out an illicit plane landing on September ninth, 2018 in Tres Leguas, near Blue Creek. That’s the news coming out of Orange Walk today following a no-case submission by the attorneys for the accused men.

In early January of this year, the trial for Chi and Police Constable Norman Anthony and Mexican nationals Eli Figueroa Nunez and Azarias Manzano continued before Senior Magistrate Patricia Arana.  A fifth person, Peter Friesen Junior was initially charged along with the Mexicans for importing drugs into Belize and drug trafficking, but in May of 2019, those charges were dropped against Friesen Junior, who became a witness for the crown. Attorney for David Chi, David Morales explains how the case was dismissed against his client and the co-accused men. 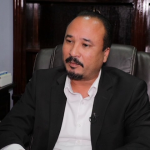 “There was one more witness that the crown needed to call, Mister Peter Friesen. He didn’t appear day before yesterday and a bench warrant was issued for his arrest. He didn’t show up and so the crown closed its case and we proceeded to make no case submissions as a result of that.”

Attorney Morales says that there was no evidence against his client because he was never discovered at the scene, nor was he identified as being involved during the trial. 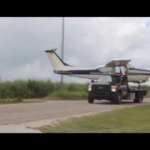 During the trial we are told that eleven of nineteen witness statements were used. The two Mexicans were charged for the importing of drugs into the country, but that charge too was dismissed and they were free to go. Back in January, attorney for Figueroa, Dickie Bradley said that he did not expect a lengthy trial. But did he anticipate this outcome? 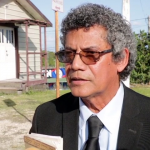 “The two Mexicans, they were put through a terrible ordeal. They supposedly were involved in the matter. I say supposedly, allegedly. The charge against them is one single charge: you conspire to abet to commit a crime. Conspiracy is a crime. Abetment is a crime. Bringing drugs into a country is a crime. They are doing this to do this to do this.  Nobody caught him on the plane or at the plane site or with any drugs or anything like that. He just needs to clarify that they are saying that he said that he had known about the plane. So if we look like we are going to drag on like when we come back again then I will have no choice but in fairness to him.”

So what happens now for the vindicated former police commander David Chi and PC Norman Anthony, who were placed on administrative leave and then indicted for their alleged involvement? 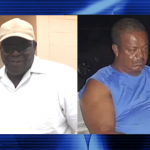 “The matter is still before the Public Service Commission, which I believe they will withdraw that matter. But my client has already reached retirement age so in essence, they don’t really have jurisdiction over him in any event. It is just a matter for him to get his perks in terms of pension, etc.  I gather now that the matter has been dismissed and he has been vindicated—there was no evidence whatsoever—I think he will now be able to get what he deserves after thirty-odd years of service to the police force.”

Who is affected by the lifting of bank secrecy?

The betting situation in the USA and Costa Rica: The comparison

The betting situation in the USA and Costa Rica: The comparison