Turning to a grave issue endangering the eco-system… Coral reefs world-wide are under pressure from a number of threats—climate change, pollution, coastal development, invasive species and even diseases. But about five years ago, a disease appeared off the coast of Florida that has been killing out large swathes of its coral reef.  The disease, called the ‘Stony Coral Tissue Loss Disease’ is baffling marine scientists and researchers.  They are not able to determine what exactly is driving the disease and how to prevent it.  Well, Belize and several other countries in the region are now facing the same problem.  It was detected back in July of this year in one reserve and so far it hasn’t been detected in any other parts of the country.  The damaging coral disease can kill off parts of the reef and Belize, like other countries, are searching for ways to manage it.  It seems like a very difficult task ahead, considering Florida has been unable to control the spread.  Today, a number of agencies met for a joint session, hosted by the Belize Marine Fund and Reef Rescue Initiative, to come up with a way forward to respond to the crisis. Reporter Andrea Polanco reports. 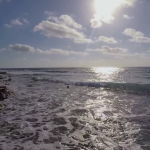 Belize’s reef system is made up of a range of plants and animals. It’s an incredible body of biodiversity that is supported by more than sixty five species of coral and five hundred species of fish. It is an underwater ecosystem that supports our fisheries and tourism industries. But, back in July, something deadly started to attack some of these corals. 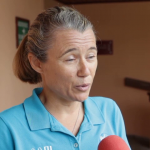 “It is a new disease that has emerged out of Florida in the U.S and it is appearing in a number of countries around the region. Scientists are calling the disease the Stony Coral Tissue Loss Disease. It doesn’t affect humans. It doesn’t affect all types of corals. It is affecting the brain corals, the boulder corals, those kinds of slow growing corals; those important, fundamental corals for the reef and in building the reefs.”

This disease is present in the coral reefs of several Caribbean countries. In Belize, it is in Bacalar Chico Marine Reserve. It was first observed in the northern part of the reserve, but in recent weeks it has been spreading further south within the same reef complex. 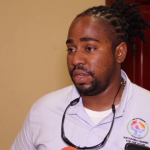 “Since it was detected in June, we are now seeing it like about three miles into the Belizean waters. If anyone knows the northern borders of Belize, the Bacalar Chico has been covering more than half of the entire reef area of the Bacalar Chico Marine Reef. It was last seen within the Bacalar Chico area of Basil Jones. We believe that is moving further south towards San Pedro.”

And that is the problem with this disease; it spreads quickly and can kill off from sixty-six to one hundred percent of the affected coral colonies. Diseased colonies can die in a matter of weeks or months. It is a disease that affects more than twenty species of corals in Belize: 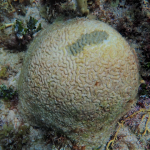 The Stony Coral Tissue Loss Disease is a relatively new coral disease. Researchers and scientists are still trying to find out what causes it and how to stop it. 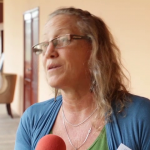 “Although we have multiple diseases on corals in the Caribbean and they have never been able to identify this for any coral disease. So, we are guessing, we are basically guessing, because we don’t know what the causative agent is. We do know that we can lessen impacts, if you have better water quality, meaning less sewage and less pollution, you are better off.  One of the benefits for Belize is that most of our reef is off shore so they are not right up against the coastline like they are in some of the other areas. We also have some interesting water patterns, so hopefully it won’t ravage our reefs as it has in other areas. This one, there is no abating. It is not associated with warmer waters and it affects many of our species of our slower growing corals. So, that makes it stand apart as a more crisis epidemic than the previous coral diseases.” 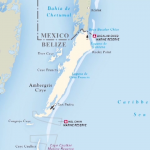 So, it is big concern for the region. For Belize, it is worrying. This is a disease that poses a serious threat to the health of our reef system. If the diseases continue to spread to other parts of our reef complex, it means bad business for our economy and our biodiversity.  Our coral reefs provide habitat and shelter for most marine organisms, like the conch and lobster fisheries – which bring in over twenty eight million dollars in revenue per year; as well fin fish which is a big source of food locals. The death of our coral reefs also means hundreds of millions in losses for the tourism industry. And, perhaps, one of the most important but often underreported values of our coral reef is the coastline protection it provides from hurricanes and storms. So, this threatens the livelihoods and the protection of thousands of Belizeans. 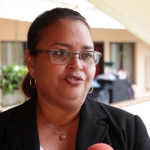 “The Meso-American Reef is central to the economies of the region, particularly for Belize with fisheries and tourism being two of the top economic earners in this industry. So, it is not only important for us from a biodiversity stand point and the fact that the reef system is unique and is really a universal heritage and at the end of the day, its health really determines how well we do for a number of our productive sectors.” 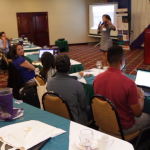 “There are some recent publications that suggest that Belize’s reef provides over nine million dollars a year in averted damages, meaning preventing any storm damages. So, losing a health reef system would put our coastlines more vulnerable to storm damage. One of the important things about the corals for fisheries, as well as for tourism, is that they provide so much habitat for other organisms. We have an intricate food web out there, so even the tiny fish, tiny worms that live in the corals and tiny crabs are a part of the food web. Those bring in larger fish, larger invertebrates, and so if you lose that bottom of the pyramid with no coral reefs, it can have a catastrophic effect.”

It is a very real threat and that is why conservationists, government agencies and marine scientists have been working to monitor and try to manage the spread of the disease. The team has been applying a treatment made up of chlorine and shea butter to the diseased corals – but biologist Henry Brown says it is not working and they plan to explore another form of treatment being used in Florida. 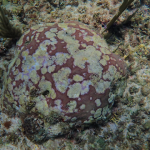 “For the last month we have two sites that we have been applying it in the Bacalar Chico Marine Reserve. So, we have seen that the disease is still spreading in those colonies we have treated.  So, presently we are seeing that that treatment isn’t working.”

But for a country like Belize, with limited resources and personnel, we must collaborate to understand this disease. So, today they are hosting a workshop to share regional best practices to learn from Florida, Mexico and others countries. The aim to come up with a plan to help guide Belize’s efforts to control this coral disease. 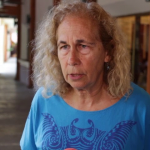 “We certainly don’t want a region like Belize to have to try to repeat everything that has already been done and that is one of the important things about trying to share all the knowledge and learn from one another.   It will definitely be a challenge to manage and we are going to try and use every possible tool at our disposal and use all the lessons learned that we already have. So, these kinds of workshops are really, really important to share knowledge and information to tackle this because this isn’t just a problem for Belize now. It has started showing up in other parts of the Caribbean.”

No, Slavery Did Not Make America Rich

Elections in Argentina And Bolivia: Another Socialist Disaster

Elections in Argentina And Bolivia: Another Socialist Disaster

Have You Visited the Volcán Poás National Park? ⋆ The Costa Rica News