Moving on to a tragic incident, the family of Kimberly and Jamiri Guy are preparing to lay them to rest. The sisters were killed in a horrible boat explosion on Sunday afternoon as their vessel was preparing to head to Caye Caulker. The school girls were with their mother and stepfather when their lives were cut short by the blast. The explosion at the Ocean Ferry Terminal at the Swing Bridge is believed to have been caused by a fuel leak. The explosion is being closely investigated by the Port Authority and other agencies. News Five’s Isani Cayetano went looking for answers today and has the following report.

In the aftermath of a deadly blast that rocked the immediate vicinity of the Swing Bridge on Sunday afternoon, a thorough investigation into the boat explosion that claimed the lives of eight-year-old Kimberly Guy and her older sibling, ten-year-old Jamiri Guy is underway.  The probe is led by the Belize Port Authority, a statutory body with oversight of local, maritime traffic. 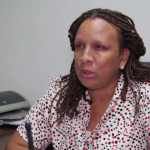 “So far we are investigating what is the cause, the root cause of this incident and we have met with several people and we are also working along with the police to find out really what is the cause.”

Joining them in the inquiry is the National Fire Service.  Not only were firemen among the first responders on the scene, the department is now tasked with identifying the cause of the explosion.  Preliminarily, it is believed that the blast was the result of a fuel leak below deck.

“Are you able to tell us if a proper inspection was done that this particular leakage could have been ascertained and identified?” 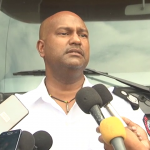 “To my knowledge, no.  We are still investigating that.  Proper inspection and maintenance of the vessel should be, I think that’s a part of [Belize] Port Authority’s guidelines and policies.”

“Could such an incident have been avoided if the boat captain, for instance, was a bit more vigilant in inspecting the vessel before attempting to leave harbor?”

“Of course.  It’s a basic check what the investigation, the direction of the investigation is going.  It seems like a basic check that they needed to have conducted.  Anybody can smell gasoline and anybody knows that it just takes a little spark for that to cause an explosion, you know.  So it just needed further due diligence on behalf of those operators to ensure that he had done what he needed to have done to avoid the loss of life.” 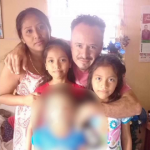 Not only did failure to effectively detect a fuel leak lead to a massive detonation aft of the vessel, it is a wonder that the three, hundred-gallon fuel tanks remained intact despite the sudden blast above.

According to Martinez, Water Jet was subjected to and had passed an inspection last December and was certified seaworthy. 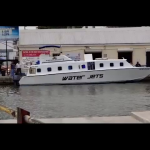 “This particular vessel was inspected in December 2018 and we checked everything and we rendered that vessel safe and issued it a new seaworthiness certificate for 2019.  It is the responsibility though, of owners and masters to maintain their vessel up to the required standards, check that there are life jackets onboard, check that there are means of communication on your vessel, check that the hull is not defective.”

“In your investigation so far, has there been any look at liabilities in terms of where the responsibility for this unfortunate tragedy falls?” 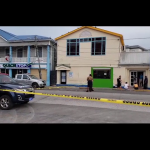