The community of Nicaraguans in exile in San Jose, Costa Rica, commemorated the anniversary of the start of demonstrations against the Government of Nicaragua with a Via Crucis in which the 14 Stations of the Cross were decorated with photos of the deceased stood out in the context of the socio-political crisis.

In the act there was poetry, music and Nicaraguan dances, and the names of all the dead were read during the anti-government protests.

Each station corresponded to a department in Nicaragua and the attendees placed flowers, blue and white curtains, crosses and masks from El Güegüense. 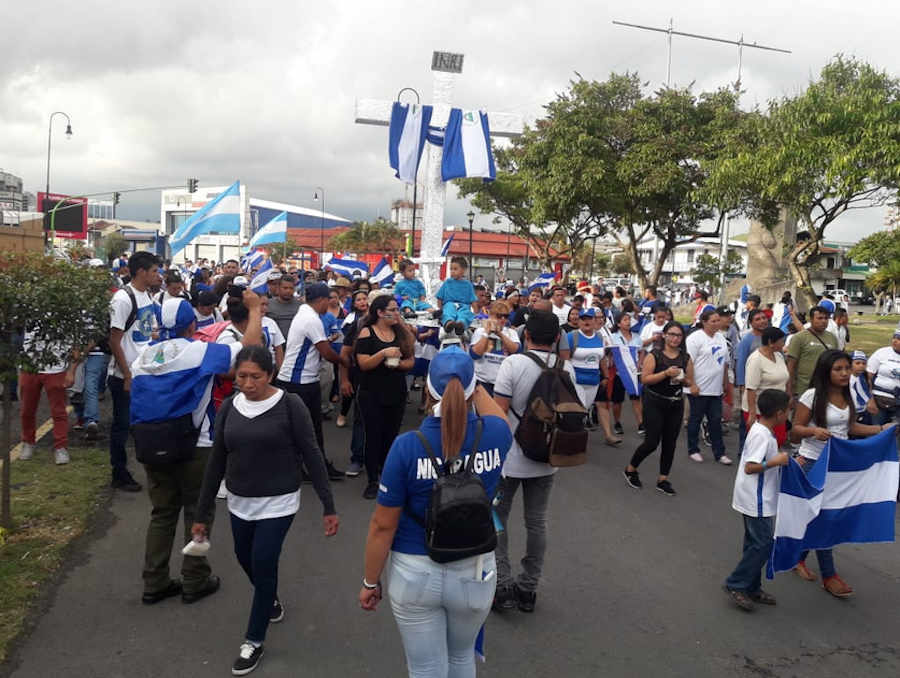 Adonis Alemán, member of the Alianza de Jóvenes exiliados nicaragüenses (Alliance of Nicaraguan youth in exile), explained that the community in Costa Rica decided to organize the 14 Stations of the Cross, adorning them with altars that had the names and photos of imprisoned protesters to represent “the struggle” that took place in each one of the departments.

“The Via Crucis began at three o’clock on the afternoon of Good Friday. Then the people stayed to see the stations. It was a cultural evening where Nicaraguan food was sold. This year, Holy Week meant going back to April (2018), remembering our roots in exile, feeling united. The activity made us see that the brotherhood is still very strong,” said Alemán, who is a student of Business Administration from the Universidad Politécnica de Nicaragua (UPOLI).

The activity was attended by the key protesters in Nicaragua, such as Alex Vanegas, who left the country on March 13. This is the famous 62-year-old marathon runner who was released by the government of Daniel Ortega on February 27.

Also participating was Socorro Matus Aleman, better known as “Doña Coquito”, a 78-year-old woman who won the affection of the Nicaraguans by giving water to students who were protesting in front of the national seminary, where the national dialogue was taking place in May last year.

“The activity was full of culture and a lot of patriotism. In my case I had some quesillos made by young Nicaraguans that live in La Carpio, there were sale of nacatamales and enchiladas. There was also Nicaraguan music that made us happy,” said a young Nicaraguan who now lives in Costa Rica, but would not give his name fearing reprisals.

What may seen difficult to comprehend in Nicaragua is that the vica crucis in Costa Rica was full antigovernment slogans, under the protection of the Costa Rican police, reported Nicaragua’s major newspaper, El Nuevo Diario. 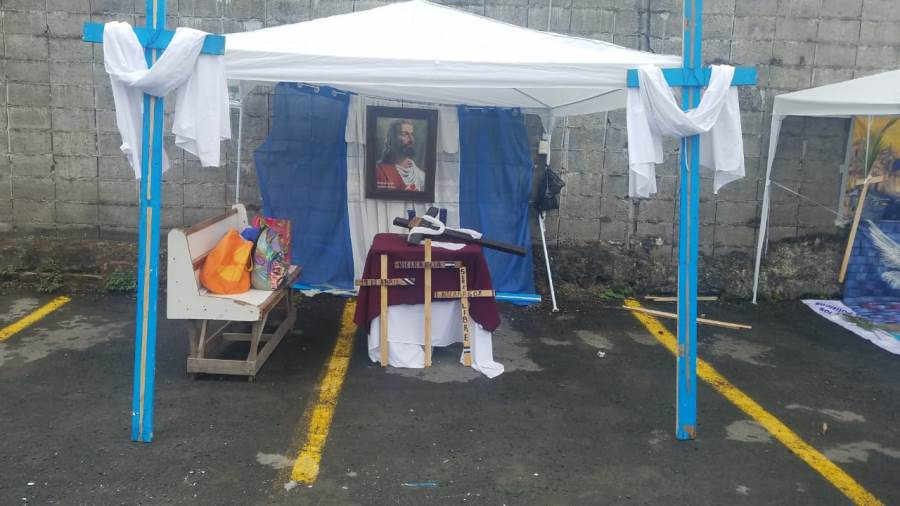 “A Tico also sang and expressed solidarity with the Nicaraguan struggle. Many groups sang and made us feel like in our land. And in the end it was also said that we have to keep together and that the goal is for Nicaragua to become a republic again. We all want to return to continue working for a Nicaragua in justice, peace, democracy and inclusive,” the young man told the newspaper. 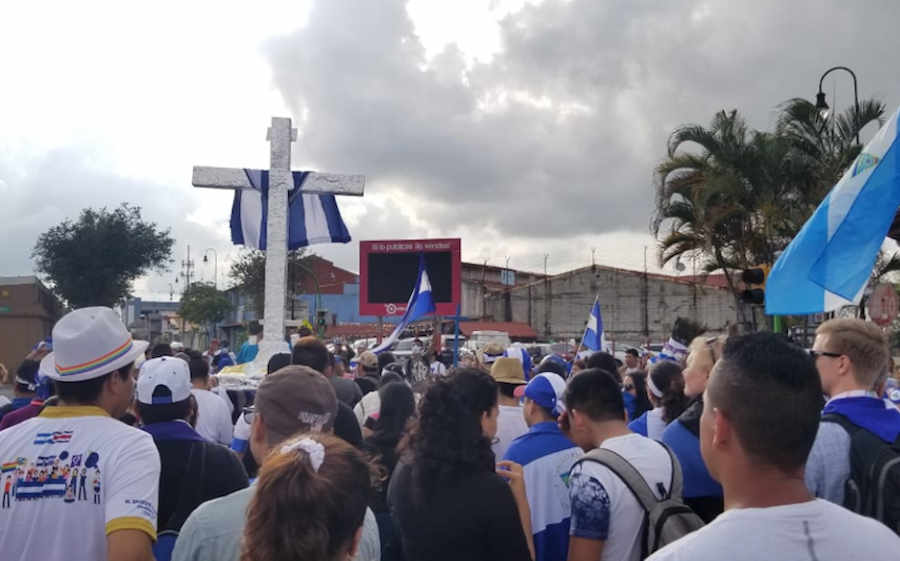 The activity, organized organizations representing the exiles took place in Plaza Víquez, on the south side of San Jose.

Stay up to date with the latest stories by signing up to our newsletter, or following us on Facebook.